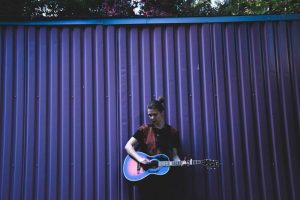 Marina Elezović is 17 years old, and has seven years of musical practise. She plays and sing mostly indie, alternative rock, but also a lot of blues, reggae, folk rock and classic rock, and occasional author song. She had a lot of performances at various places, such as Club Mocvara, Brvnara, Booze And Blues, The Academy of Fine Arts. She is currently playing and singing in the band Zeleni Chaj.